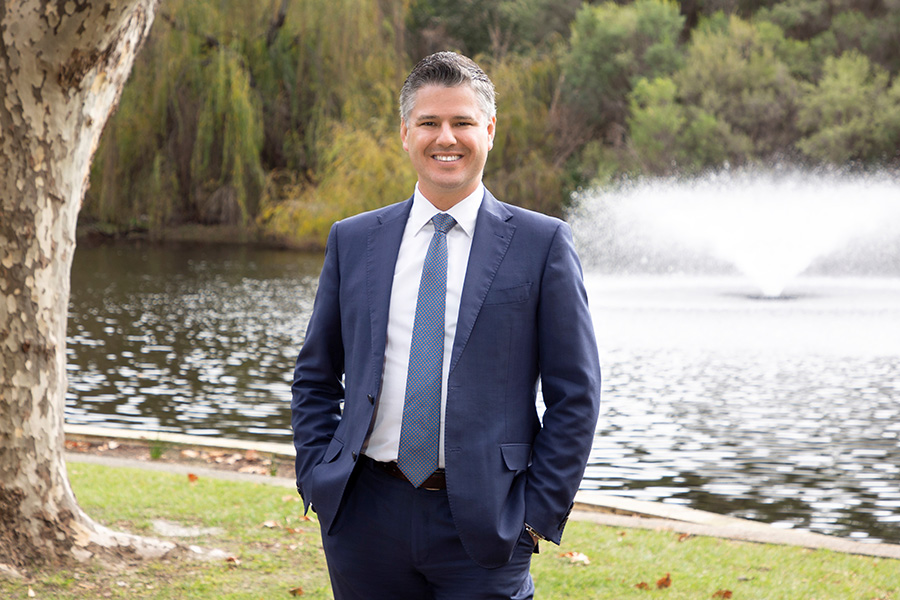 “I was stuck, I couldn’t see how to go further without completely exhausting myself.”
Since taking on a coach, Matt Seabrook doubled his income, became a business owner and merged with another agency to create a large business with 22 staff and nearly 500 property managements.  Having moved from farming to real estate in 2011, Matt Seabrook joined Stuart Weston Real Estate and built himself a career others would envy. “I was writing about $500,000 per year in gross commission and probably in the top 20 per cent of the state,” he said. “That was about six years in, but I was stuck there, and that was the problem. I couldn’t see how to go further than that without completely exhausting myself.”  Matt not only wanted to improve his own sales, he wanted to move into business ownership, but couldn’t make any progress – then he met Ryan Thompson at one of his Home Grown Heroes seminars.

“There’s that old saying: step one is the practitioner, step two is the manager and step three is the entrepreneur,” he said. “I was deep in practicing real estate, I was so stuck in real estate, working every hour of the day, but there wasn’t enough time to spend on the other things that I wanted.  I’ve always been into training, so it wasn’t so much the skill of real estate I needed help with, I had that in hand already, I needed someone to show me how to go past the point I was at. “When I met Ryan, I knew I’d found someone worth getting fully involved with.”

Ryan showed Matt how to restructure his business to give it more capacity, giving him more time to work towards his goals, and kept him accountable through the process.  “Structure is what holds you back without a doubt,” Matt said.
“You can be working 70 or 80 hours a week and that won’t do it, there’s a point that without structural change you’ll just burn out.  “I think one of the things that Ryan is very good at is pushing that structural change, and if you’re willing to take his advice then he will take you from where you’re stuck at to wherever you want to go.”
Taking that advice saw Matt employ a buyer manager, wrote $720,000 in gross commission after his first year with Ryan, hitting $1 million in 2019/20 and maintaining that figure.  Not only that, he bought his dream home, went on multiple holidays, bought out Stuart Weston to fully own the agency and merged with Simon Pigliardo and Arash Kalani to form Ray White Inner North. But he’s not stopping there, he still has goals.

“Our intention is to be the biggest Ray White office in WA, and at a personal level, I’ve got a new baby, so having that structure gives me the opportunity to spend time with him as well as keeping the business going,” he said.  “I still work with Ryan, he’s still there for issues I can’t get around, or to provide some perspective, and having someone else to talk to is of great value.”

Having achieved Life Membership with Real Estate Brilliance, and with his love of training, Matt also hopes to take on a mentorship role and to guide others who undertake Ryan’s program on their own path to success.